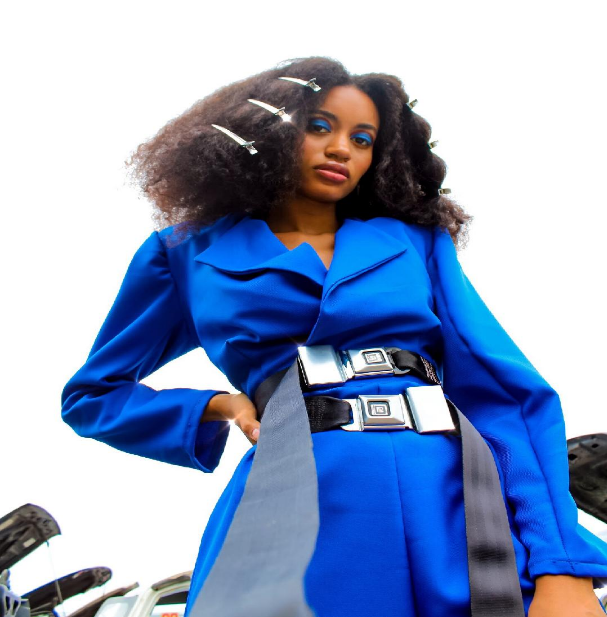 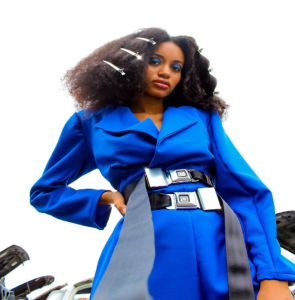 A teenage Casey Lamb would stroll through the bustling corridors of her high school with her head in the clouds. Her physical body would be in the present, but her artistic soul was always wandering through an alternate reality, dreaming of ways to showcase her creative gifts in apparel design. At 19, Lamb knew she wanted to start her own clothing line but doubted her abilities. She admits she was not the best seamstress, nor did she possess the knowledge of a commerce savvy businesswoman.

Lamb eventually realized that she was making excuses for herself. She was only as efficient as she could bring her mind to realize. She sharpened her sewing skills through the help of her mother and grandmother. She also enrolled in sewing classes at the high school she attended. In 2016, Lamb began her business venture by selling screen printed graphic T-shirts which she designed herself. She named the T-shirt brand, KSLAM Clothing, a clever play on her name. Lamb observed that the concept of a graphic t-shirt brand was cliché and elementary. It was something that didn’t require the advanced designing skills that she now possessed. She knew that she needed to cook up an idea that would set her apart from other designers in the fashion industry. She needed to grab a hold of something and make it her very own. She found the perfect solution. Denim!

As familiar as it is among various brands, Lamb molded denim unlike any other designer in the industry. She repurposed the world’s go-to pant fabric into earrings, headbands, purses and many other products. When trying to work with denim for the first time Lamb explained,

“It was very difficult due to the density of it but now, I kind of became an expert.” 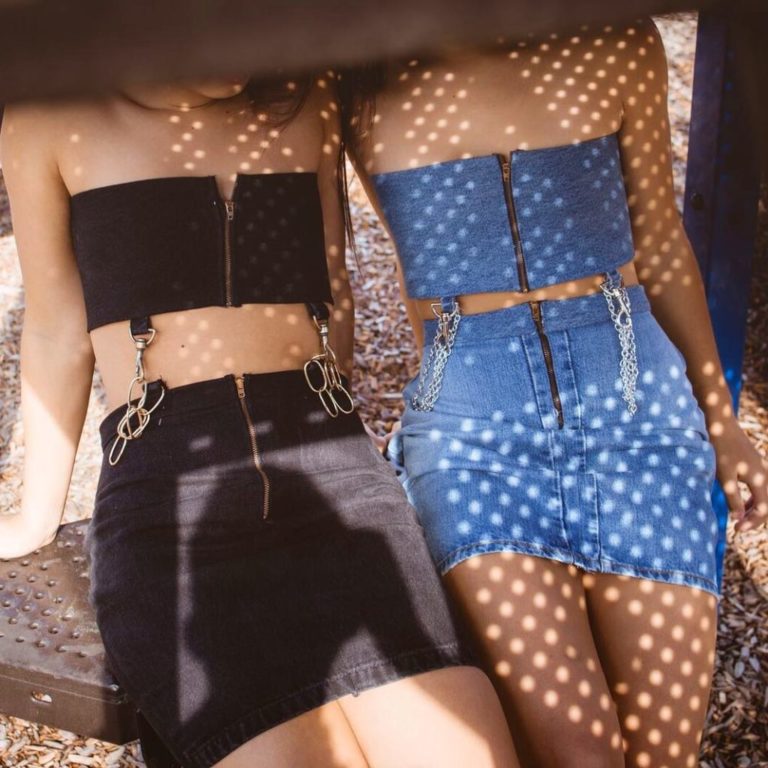 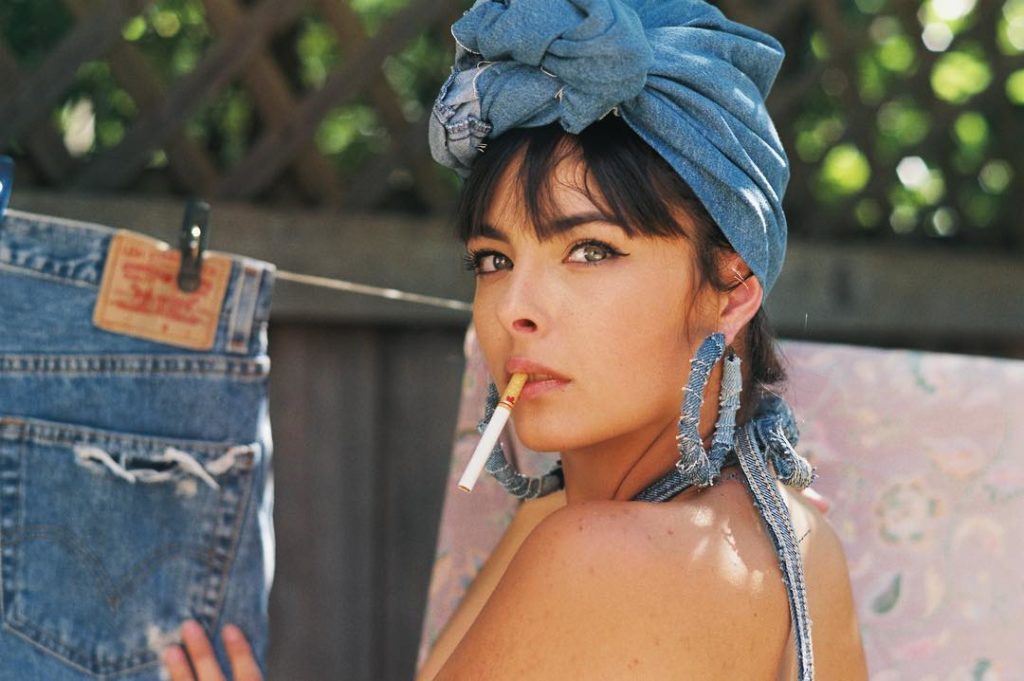 Though denim has become a trademark for KSLAM, Lamb did not fancy the fabric. In fact, she bought her first pair of jeans only after she started using it in her clothing. She also mentioned that her biggest style inspiration is her mother’s closet full of vintage clothing from the 70’s to the ’90s. Her denim collection, however, is more inspired by the early 2000s.

Sarah Mome is a freelance stylist and recommends KSLAM to many of her clients for a cool and casual look. Mome praised the young designer for her persistence and work ethic.

“Casey is where she is today due to her talent, determination and will power.”

Mome also mentioned that Keke Palmer and Rita Ora along with a few more A-list celebrities have been spotted in KSLAM after discovering the brand in a showroom hosted by the company.

Lamb expressed that the celebrities that have chosen her clothing were a perfect match for the brand profile. According to the young designer, the woman who chooses KSLAM is confident, sexy and comfortable in her own skin. She never second guesses herself or puts herself down. She’s a deity and she knows it! Some other celebrities whom she hopes will one day support her brand are Rihanna, SZA, and Beyonce. 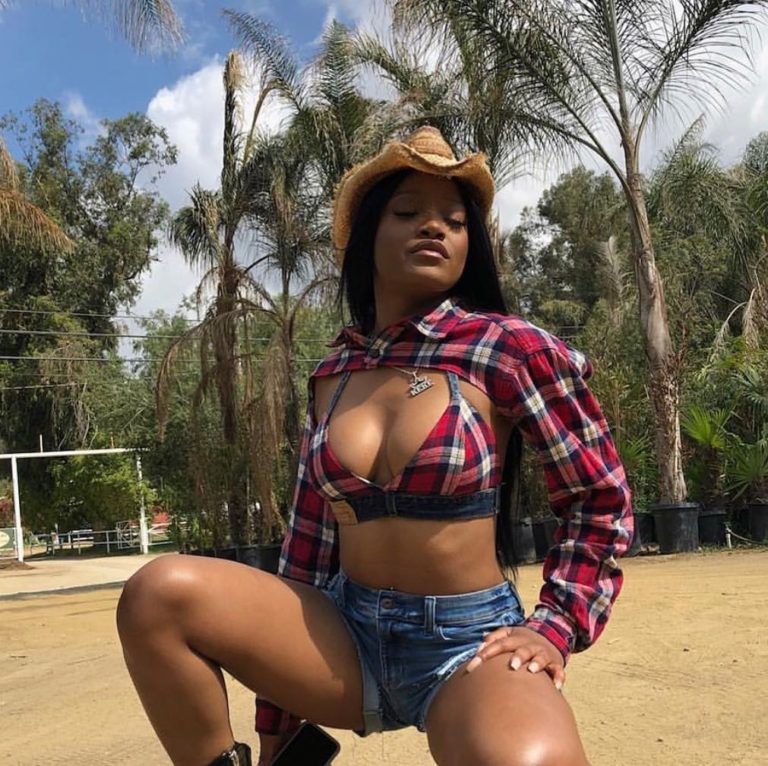 KSLAM is getting a lot of love but the brand also has its critiques. When KSLAM launched the denim collection for the first time, they received a lot of hate mail. Fault-finders would bash the brand for their use of denim saying that it was not a good fit for the brand image. Lamb learned to deal with the negativity by staying focused on her goals.

“The minute you put yourself in a position to be criticized, you most likely will be, so it’s important to just focus on what you’re trying to achieve.”Through the rough patches, Lamb says that her friends and family have supported her through everything. She believes that if it wasn’t for their love and support, she wouldn’t have kept her dream alive. She stresses that it is extremely important to surround oneself with positive people who will keep them grounded and humble. When asked about her future plans for the brand, Lamb indicated that her future plans are still up in the air and that she is taking the journey as it comes. She believes that in the past month, she has achieved more than she thought was possible. Lamb says that her long-term goal is to go global with KSLAM and inspire the world with her art. 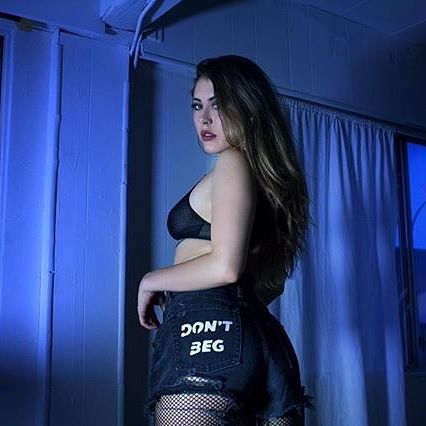 To order from KSLAM, you can visit her website https://www.kslamclothing.com/. You can also follow her on Instagram at kslamclothing to get the latest updates on new styles. For style tips, contact Sarah Mome at Steezy.filez@gmail.com.